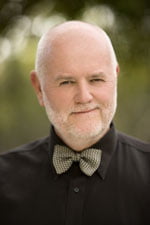 What do we offer you? 50 years of television experience!

Ron (DINGO) Reddingius is Executive Producer for Reddingius Media Pty. Ltd. and manager of his own production company he started some 20 years ago. From the beginning to a recent a name change in 2017 his company has evolved into a production company of good standing. A company that is regularly invited to produce TV commercials, Corporate Videos, Documentaries and quality Television programs such as HOME in WA.

'Dingo', as he is affectionately known to media industry friends worked at Channel Seven Perth for some 30 years, the last 18 years of his tenure in the role of Commercial Production Manager - TV Commercials Producer within the Ch7 sales department. Since 2000, his competent freelance team and production company has focused on producing over 600 episodes of this quality and very successful 'local' TV series for Seven West Media and GWN7 viewers.

Why should HOME in WA be the programme you should choose? Experience, Delivery and Quality. Ron is proud to surround himself with only the best team of professionals who have only one goal, his goal! Producing the best quality home ideas programme in WA. 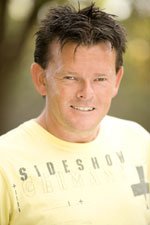 There is no substitute for experience and Home in WA is lucky to have one the most experienced producers of lifestyle/advertorial TV in WA leading the team.

A TV veteran (prematurely some might say!), Ado has been actively involved in the Producing and/or editing of over 1000 Television Programs including Good Morning Perth, Timemasters, Amazing, Our WA, Perth at 5, Talking Cars, Let's Go Gardening, Have a Go TV and of course, over 600 episodes of Home in WA. Other significant achievements are several Mandurah Boat Show Specials such as Discover Boating and various 4WD/Fishing documentaries for Premiere Events. More recently he assisted in the production of a terrific documentary for the Shearers and Pastoralists Workers Social Club call THE TRUCK DAYS.

In his early years he was also involved in 7 Network programs such as My Restaurant Rules as well getting overseas gigs as part of the production team for several Olympic and Commonwealth Games coverage's. He also has a wealth of knowledge in the production and writing of TV commercials and station promotions. In fact all up well over 30 years experience in Perth Television...

For the majority of his career Adrian has been based at Channel 7 Perth and his connection with 7 remains strong. Besides his role as a Producer of note he also manages his edit facility, Electric Easel, used in the postproduction of Home in WA every week and many other projects. This year he again takes on the role as 'Producer' of HOME in WA and his focus will be to not only preserve the integrity of the show, but to enhance it with fresh young ideas and strategies. 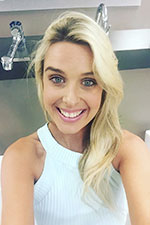 Holly is a passionate presenter who has worked in media for many years. She has worked in both sport and lifestyle and is excited to be part of the HOME in WA Team.

But now she improved her passion for homes by recently becoming a Licensed Real Estate Agent. Currently working with the Realmark property group.

In her private time Holly also freelances as an accomplished function MC in front of huge audiences or event presenter. In her past Holly has also worked with Corporate Sports Australia, Whitehorse Communications, Collingwood Football Club as Match Day Host, DG Global Media, Seven Melbourne, GWN7 and many other media related companies. A great involvement over many years with television and events. 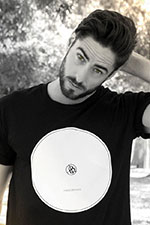 Hans is a versatile and multi-talented actor, presenter, and creative with years of experience as both a commercial radio announcer and TV presenter. A WAAPA graduate Hans has appeared on a long list of commercials and programs, including The Project, as both an actor and a voice over artist.

Hans is also a full time street artist creating pieces all over the world for clients as well-known as Dan Aykroyd, and runs his own clothing label and line of custom made skateboards. His work is exhibited from Japan to Canada and everywhere in between.

Hans is a vibrant creative with plenty of energy and enthusiasm, and with his years of broadcasting experience brings a fresh face to the Home in WA team. 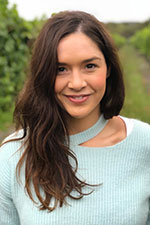 Julia has an energetic and engaging approach having worked in the media industry for a number of years with WINTV and Big Review TV. Julia is a graduate in tourism and media and has trained in TV Presenting with NIDA. She also MC’s events and conferences.

Born and raised in Europe, Julia spent many of her formative years travelling the world before she came to live in Western Australia. She has a love for the outdoors and has recently conquered the trek to Everest Base Camp. This engendered an enthusiasm for meeting new people and experiencing new environments.

Julia’s creative nature and work for designer, fashion and interior brands, has sparked a keen eye for style and design. She is excited to be joining the ‘Home In WA’ team. 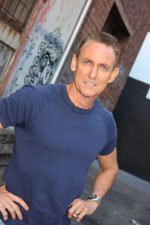 Like HOME IN WA, Steve is West Australian all the way, attending Churchlands Senior High School, with many classes being completed 'off campus' at Scarborough Beach and the old pool rooms.

Working with HOME IN WA since 2011 Steve enjoys the opportunity to showcase the latest and best in WA's housing and home related products.

Having worked in the Real Estate Industry, built five homes and overseen countless renovations,he has a keen interest and eye for home design innovations that cater for the changing needs and preferences of the consumer.

Over the last 50 years Western Australia has seen a rapid and unique evolution in housing and lifestyle. Steve takes great pride in tracking down and presenting the latest solutions, energy efficiency products, and the best in waste management practices, to name just a few. 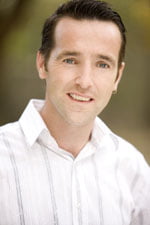 Colin is a horticulturalist and landscape designer by trade, with over 27 years experience in the Horticultural industry. He is a qualified lecturer and has lectured at the WA Horticulture and Environmental Science Skills Centre campus at Challenger TAFE. Colin is also member of the horticultural media association (HMA). He is a regular guest and is always invited to the Melbourne International Flower and Garden Show with his expertise being utilised by the show as a member of the expert media panel. Actively operating in WA and appearing for over 7 years on HOME in WA, Colin also assists as a tour guide and partners with Graham Ross (Better Homes & Gardens) on the many Ross Garden Tours all over the world, including the annual Wildflower Tour from Broome to Perth.

When not lecturing Colin is either discussing garden issues on Radio, writing for the West Australian Gardener Magazine and the Have a Go Newspaper, or running his own successful landscaping business, Gardens from Eden. In 2006 Colin made his mark with 'Gardening at Home' something very special within HOME in WA and again this year Colin will bring his vast experience to the program and share his knowledge with you, our viewers. 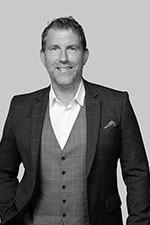 Jon Williams is a bit of an all-rounder really. Outside of his passion for real estate, he enjoys writing and all things media.

He has lived in many countries around the world and done things like professional ski instructing in Italy, US and Australia. Participated in ocean racing completing multiple Atlantic crossings while based in the Caribbean Islands but most recently competed in an Ironman event.

He believes that travel and creating new experiences, moving out of his comfort zone is the ultimate way to grow as a dad, a husband and a leader. Now Perth based Jon enjoys providing an innovative and highly personalised service to his real estate clients, he loves to connect with people.

Creating impactful marketing in today's hectic world demands a narrative that connects people. It is this connection that drives Jon in his quest to help as many families as possible in their real estate journey. 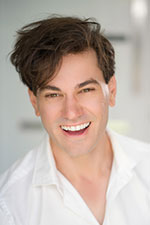 Alexander sees himself as a dynamic, multifaceted actor but also dabbles as a comedian from time to time. He has also appeared in TV campaigns for WA Housing Centre, HIF Insurance, Rendezvous Hotels and Western Power to name a few.

As a Law/Creative Arts graduate and RAW Comedy State Finalist, Alexander has stared in productions of Les Misérables, Carmen, Beauty and The Beast and regularly appears as a guest on ‘The Couch’ telecast on Foxtel.

Another string to his bow, from time to time he is a performer with The Constable Care Child Safety Foundation using his skills as a Los Angeles trained comedic improviser.

A bit of an all-rounder Alexander is excited to bring his energy and enthusiasm to the Home in WA presenter team! 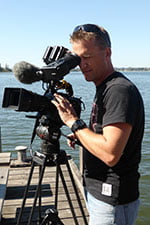 Deegs as he is affectionately known, is a Senior Camera operator with over 20 years experience in top end television. His career began at the studios of Channel Seven Perth in 1991 as a Rookie.

In that time he's been fortunate enough to grow and work on a vast variety of different programs and events such as travel and lifestyle programmes, news and current affairs, several Olympic Games and other huge sporting events such as Golf, Rugby, AFL and more. As a 'Casa' approved remote pilot, Deegs now brings a new element to the show in flying state-of-the- art Drone Videography. The aerial possibilities will bring the show to new heights, no pun intended.

Having worked in the past with Ron (Dingo) Reddingius and Adrian (ADO) Faure in Commercial Production at Channel Seven, Deegs is very excited about this new challenge. Having worked with best in the business he is very proud to now be part of, what is, a very experienced production team and the best presenters that make the series Perth's NO1 'home ideas' programme. 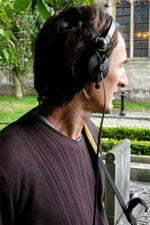 Tony is a graduate of the Academy of Performing Arts. He achieved a Diploma in Production and Design. He has more than 20 years of Film & Television, location sound experience.

Tony worked on the 'Sydney 2000 Olympic Games' Channel 7's travel show 'Great Outdoors' a Radio Pictures Documentary, which traveled to Moscow and America, called 'Pursuit of Excellence' and Hilton Cordell's Production of the 'Ray and Peter Mickelberg Documentary' just to name a few.

Aside from working as a location sound recordist, Tony enjoys playing the guitar, surfing and has a passion for Yoga. Tony has a regular Yoga practice and teaches 4 classes a week, and likes to carry the calmness that gives him into his daily life.